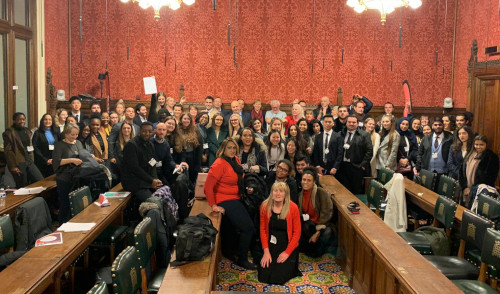 JEB launch at the House of Commons 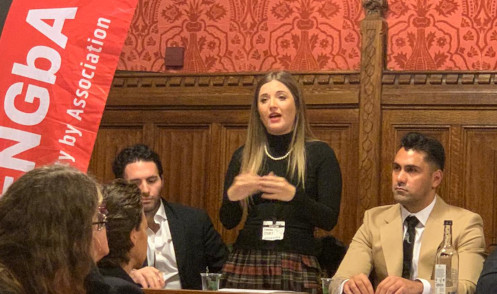 Charlotte May Henry is the driving force behind JEB

To amend the Criminal Appeal Act 1968 to allow, notwithstanding the date of conviction, leave to appeal where the conviction was based upon an interpretation of law now declared erroneous; and where the applicant is said to be suffering the ill effects of the law.

Insert, following Section 1(2)(c): where the Court of Appeal determines the following two conditions are met -
(i) the conviction was based upon an interpretation of law now declared erroneous; and
(ii) the applicant is said to be suffering the ill effects of the law.

Overview of the Bill

Joint Enterprise Not Guilty by Association (JENGbA) is a grass roots campaign, founded in 2010 by Janet Cunliffe and Gloria Morrison to combat the widely condemned doctrine of Joint Enterprise and particularly, Parasitic Accessorial Liability (PAL). JENGbA is coordinated and run by family members of those convicted under the doctrine. Joint Enterprise is an everyday phrase to describe the situation where two or more people are convicted for participating in the same crime. One type of Joint Enterprise is PAL which is where two or more people commit a criminal offence (crime A) and during the course of this crime, one of the group goes on to commit a further crime (crime B). All those that participated in crime A will also be liable for crime B if they foresaw the possibility that crime B might occur. The application of PAL was criticised at the highest level of the legal establishment as it allowed for the accessory to be convicted of very serious crimes on the basis of what they foresaw and not what they intended and the anomaly that it was therefore easier to convict the accessory compared with the principal. On 18th February 2016 and following years of tireless campaigning by JENGbA, we were ultimately successful in R v Jogee [2016] UKSC 8, when the Supreme Court abolished PAL and reinstated principles of traditional accessorial liability. However that victory was bittersweet as the decision in Jogee is not automatically retrospective and instead, to obtain an appeal, all those convicted under PAL must prove a substantial injustice would otherwise be done.

The substantial injustice test was later interpreted in R v Johnson [2016] EWCA Crim 1613 into an incredibly onerous legal burden. In particular, that permission to appeal will only be granted to those who can prove that they would not have been convicted if the law had been properly applied. JENGbA currently supports over 1000 men, women and children convicted under Joint Enterprise and only one has successfully appealed following Jogee.